Fredy has been working with CAPS since 2004 and started out as a Repair Technician at the vest station. During his free time, he likes to hang out with his wife and two kids. You can catch him watching soccer and rooting for Real Madrid! 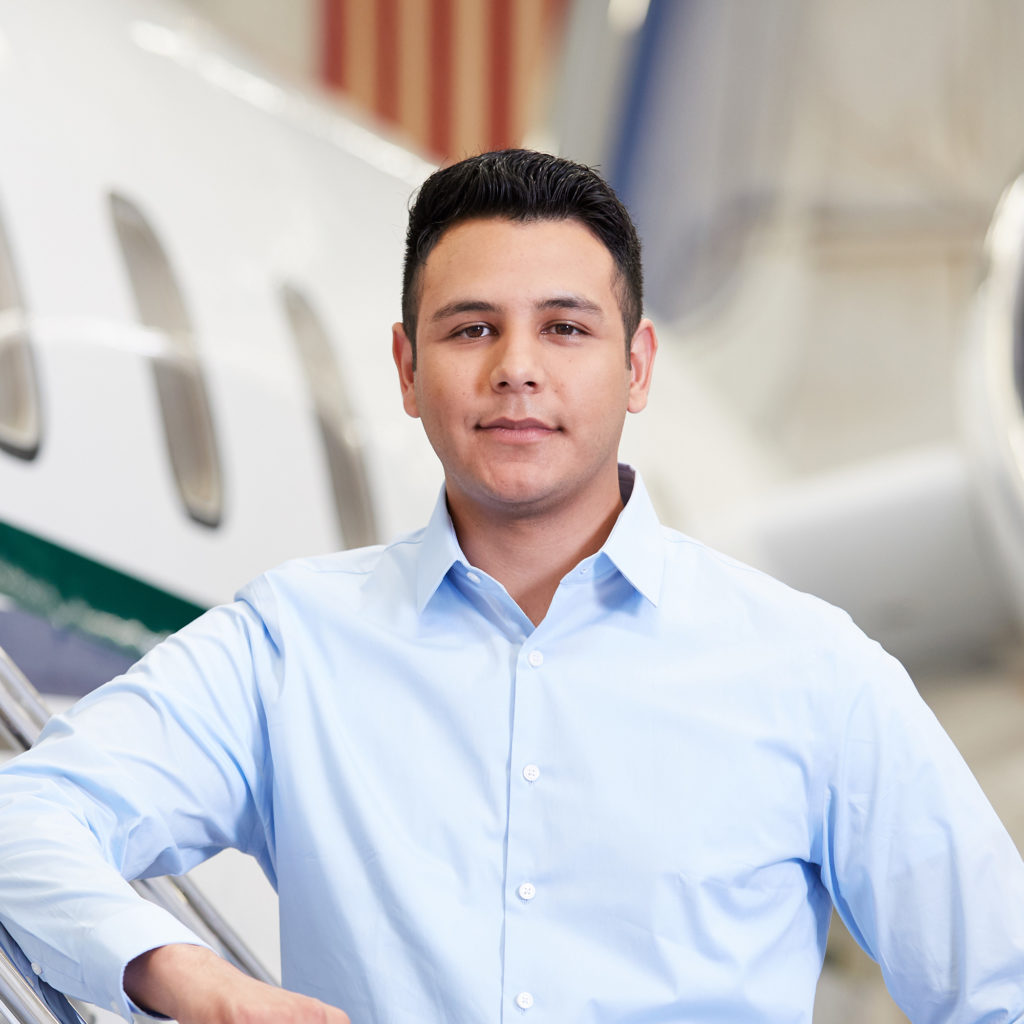 Outside Sales Representative and Training Coordinator

Stephen began working with CAPS Aviation in the spring of 2017 when CEO Jennifer Gamon scouted him from another industry. When he's not at CAPS he tries to reach his goal of reading a minimum of three books a month or traveling throughout the southwest to attend theological debates. 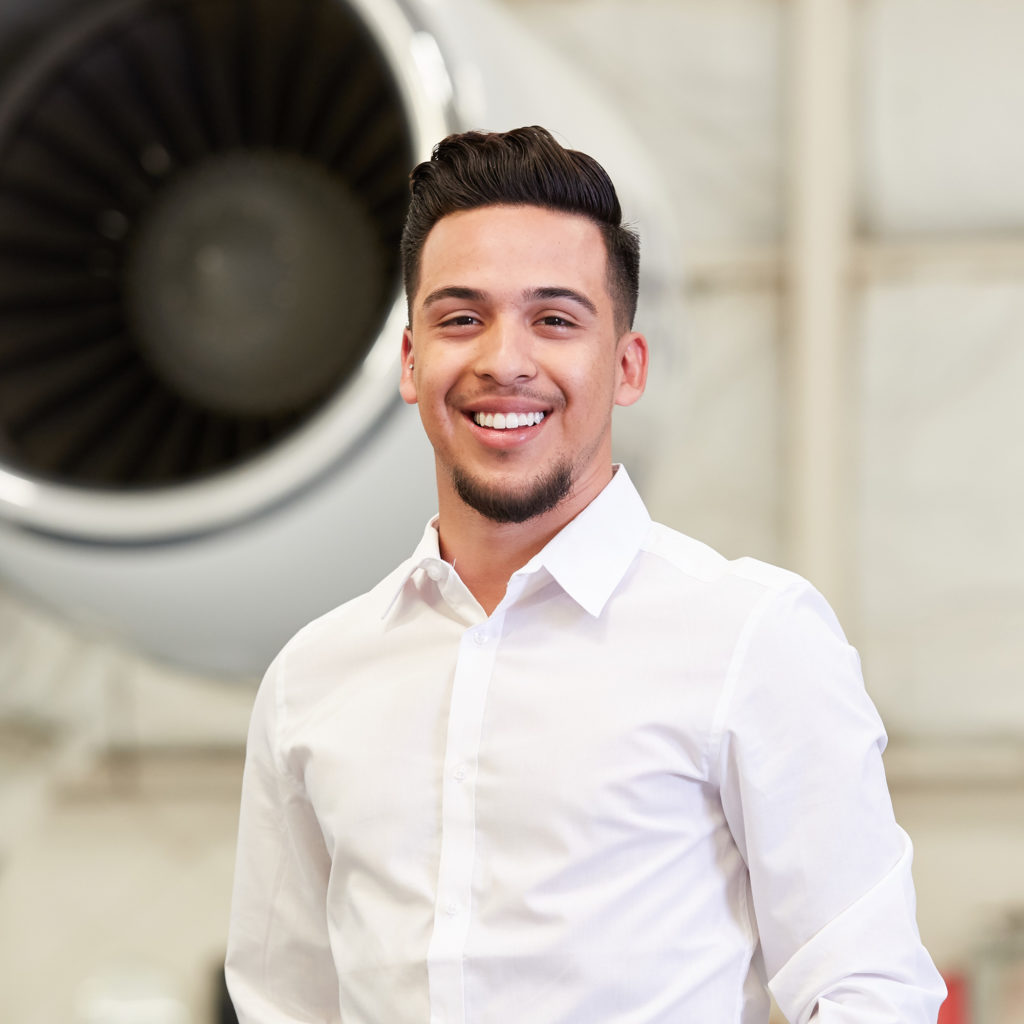 Customer Service Administrator
Favian started out at CAPS in 2015 as a Repair Station Technician. After mastering that, he shifted gears and is now a Customer Service Administrator in our front office. You can catch Favian zooming through the streets in his motorcycle, and even bungee jumping on occasion. When he's not thrill seeking, he loves going to the movies and hanging out with friends. 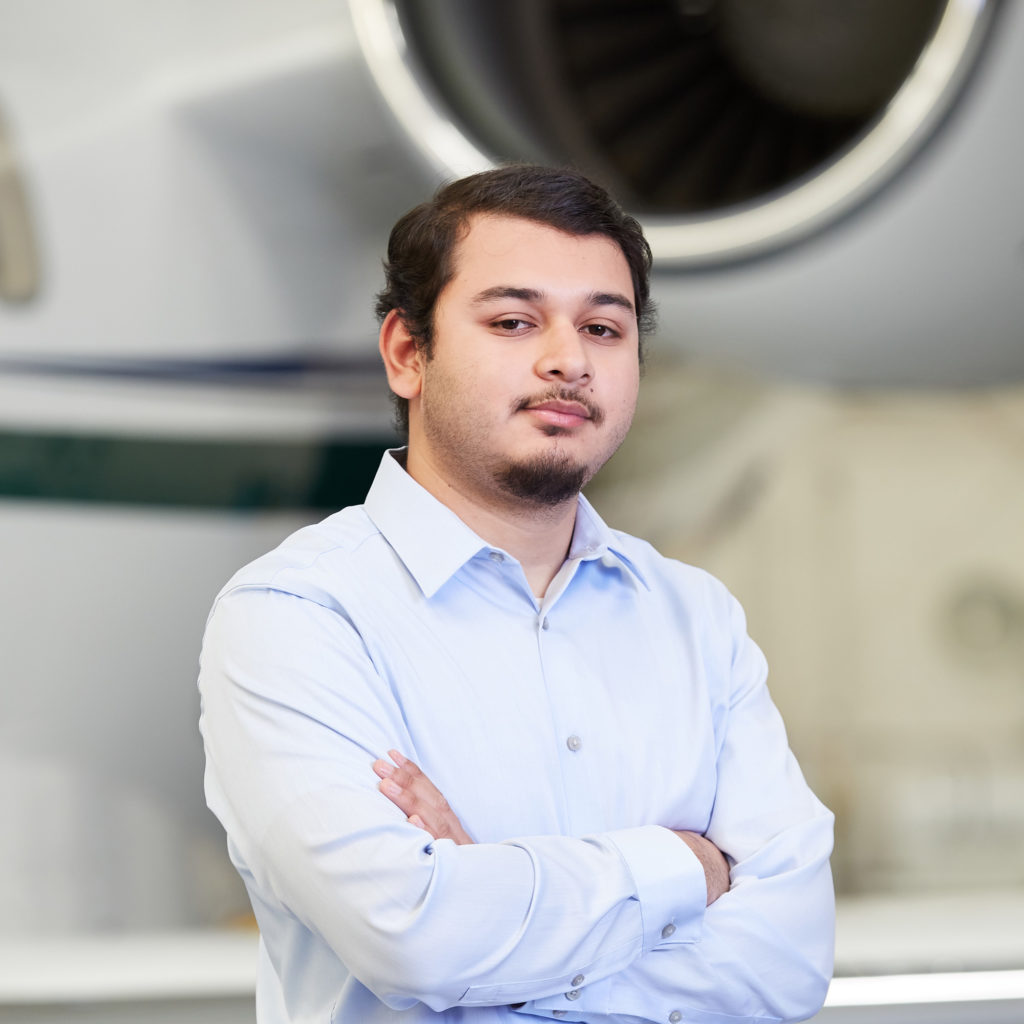 Repair Station Technician
Gabriel joined CAPS in February of 2017. He learned about the position from his father, Jose who is the Repair Station Assistant Manager. “All I would hear from him is how much he enjoyed working at CAPS, so I had to see it for myself”. Gabriel plans to start taking college classes in order to further his career in aviation. He loves to stay physically active, and has been playing basketball since the second grade. 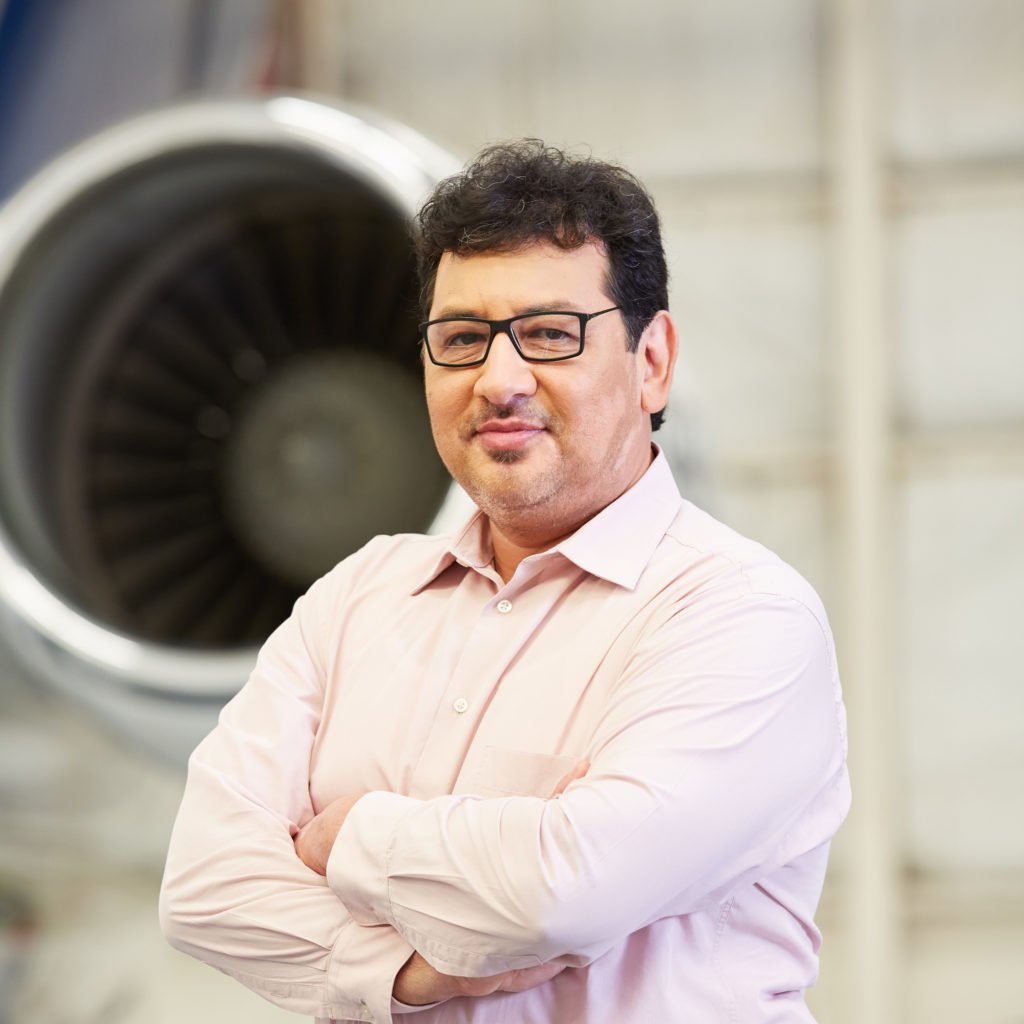 Repair Station Assistant Manager
Jose has been working with CAPS Aviation since 2008 and is currently the Repair Station Assistant Manager. In his free time, Jose enjoys spending time with his family and four kids, he loves music, traveling, sports, visiting the beach, watching movies, going on walks, enjoying a good meal and learning other languages. 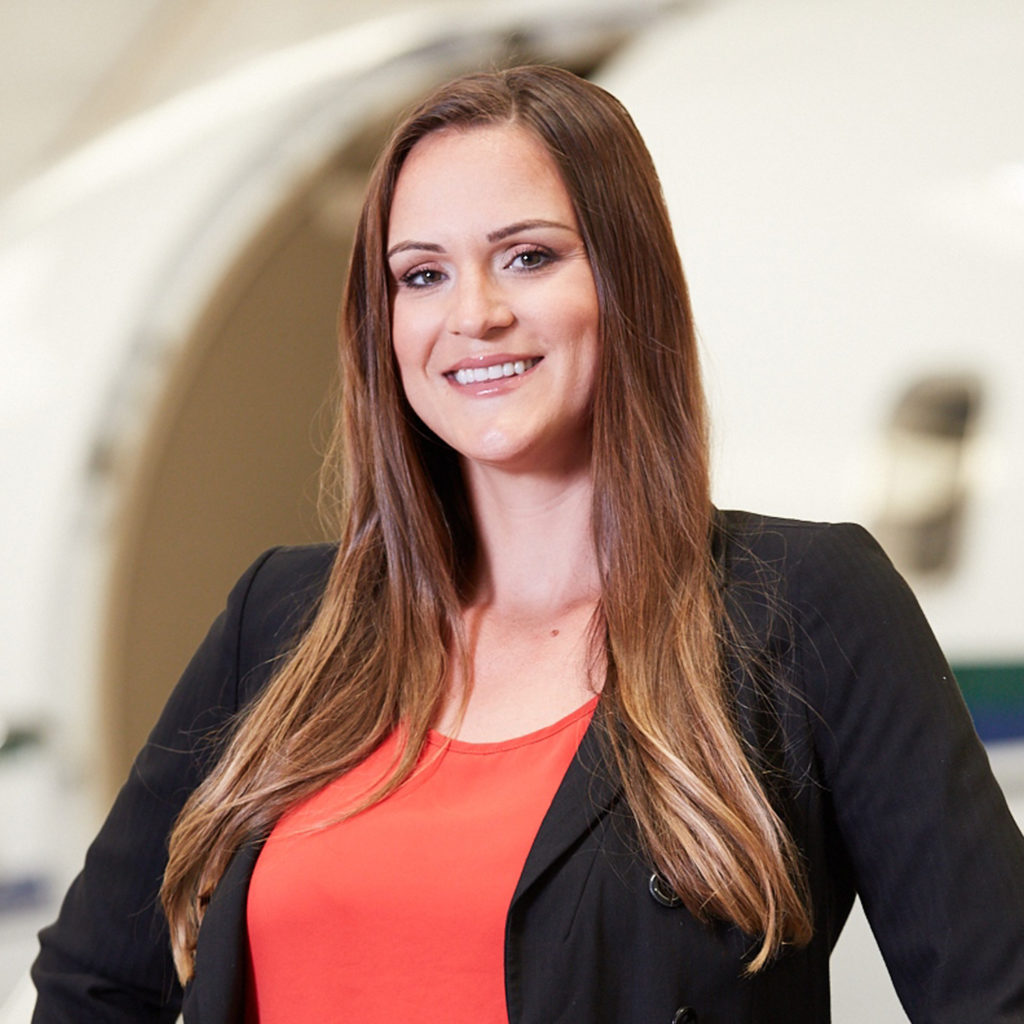 President & CEO
Jennifer became President and CEO of CAPS Aviation in February 2017. Before that, she has worked nearly every other job within our company from Customer Service Representative to Tool Calibrator. When she’s not running CAPS, you can catch her brewing up some homemade kombucha or sparring her husband in jujitsu. The future holds raising her three small children with an appreciation for the aviation industry, as well as pursuing her own pilots license. 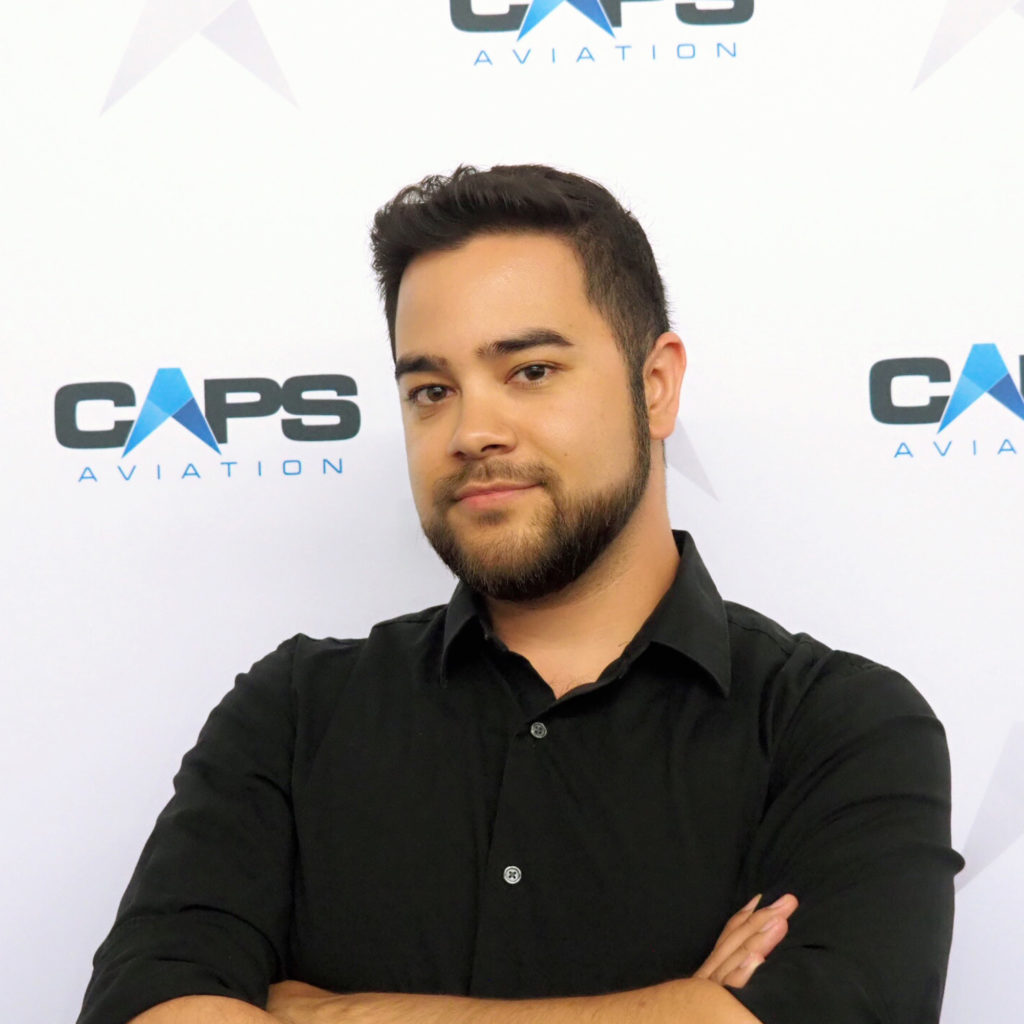 Customer Service Administrator
Rudy moved all the way from Texas to join the CAPS team mid 2018! He grew up with six sisters and loves hanging out with them along with his six nieces. On weekends you can find Rudy dancing the night away and having horror movie marathons. He’s looking forward to dedicating more time to travel the world in the near future. 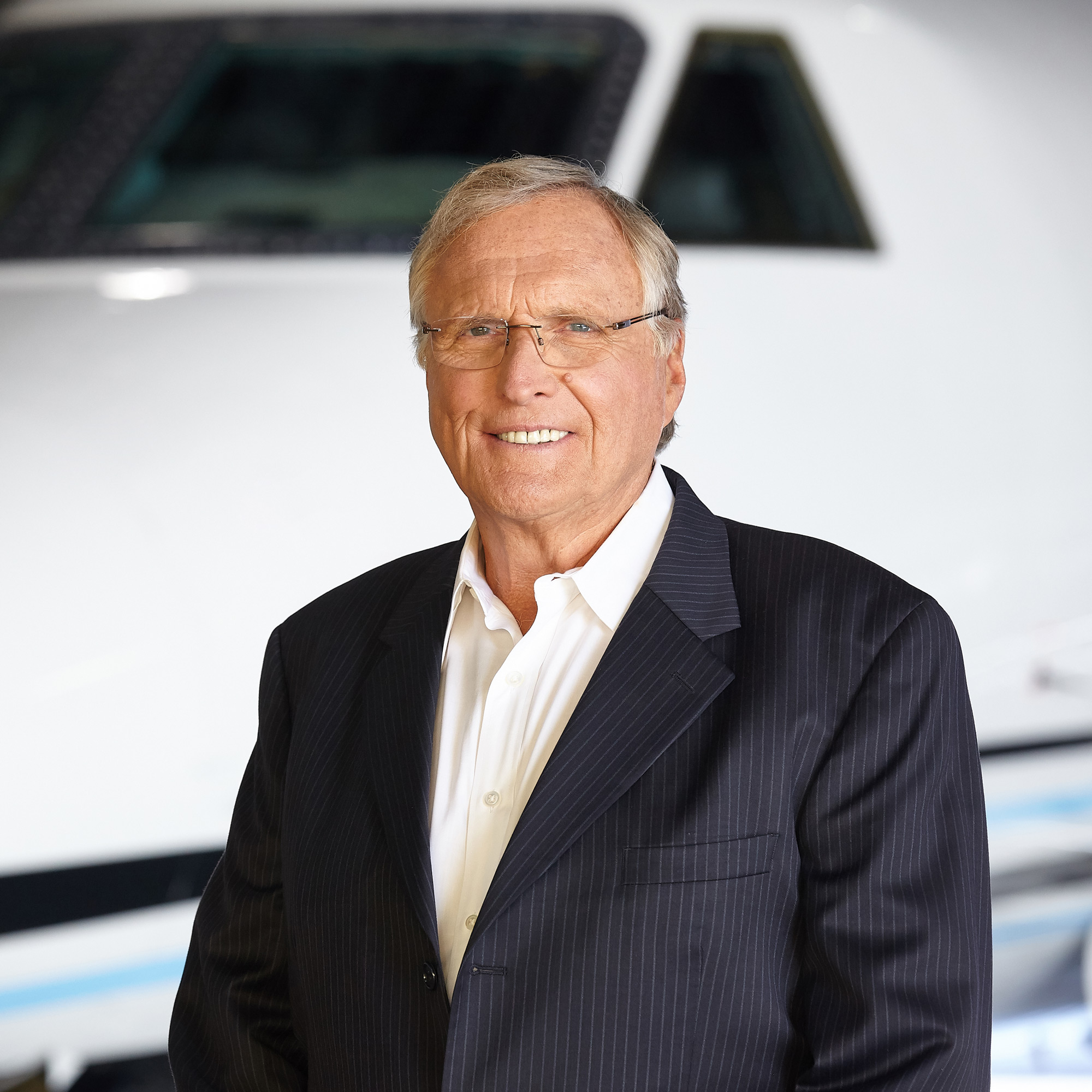 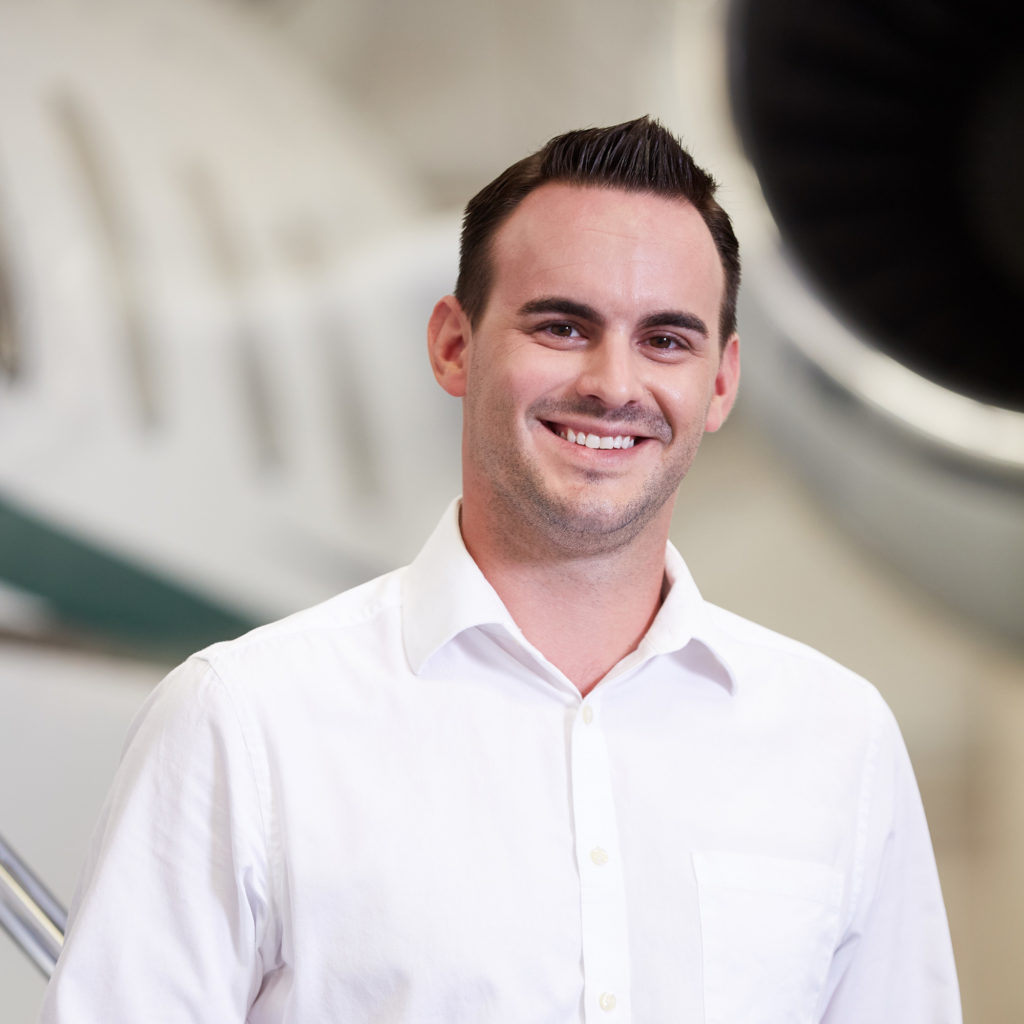 Calibration Lab Manager
Tyler has been with CAPS Aviation since 2005. He has worked in various departments, but is now thoroughly enjoying his position as manager of the tool calibration lab. On a more frustrating note, he has been a Dodger Fan since birth. He enjoys repairing things and understanding their functionality. Tyler is happiest with an episode of The Office, hiking, or reading a good novel. 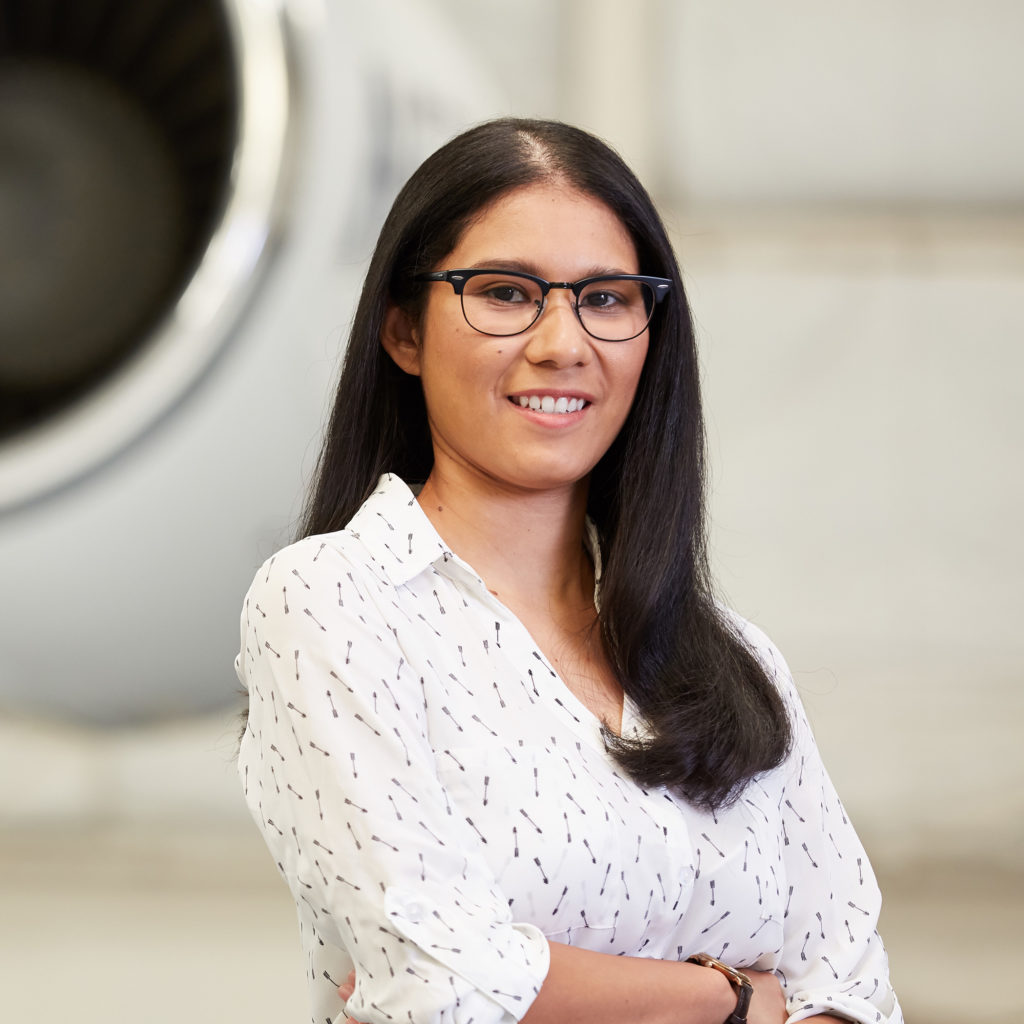 Customer Service Manager
Gabriela has been with CAPS Aviation since 2013. She started as a Customer Service Administrator, but has since been promoted to the Supervisor position. Gabby loves to hang out with her friends, family and dogs. One of her favorite activities is going to different concerts – all genres welcome! She makes it a point to travel whenever possible, and is looking forward to planning more trips in the future.

Repair Station Assistant Manager
Juan has been in the aviation industry since 2004 and was hired by CAPS Aviation in 2011 and has since been promoted to Repair Station Assistant Manager. He enjoys training new hires and assisting with quality control. Aside from aviation, Juan loves spending time with his family. He enjoys taking his two little girls to the beach and park, and watching movies on Sunday afternoons. When he has time, he enjoys working out at the gym and playing soccer with friends. 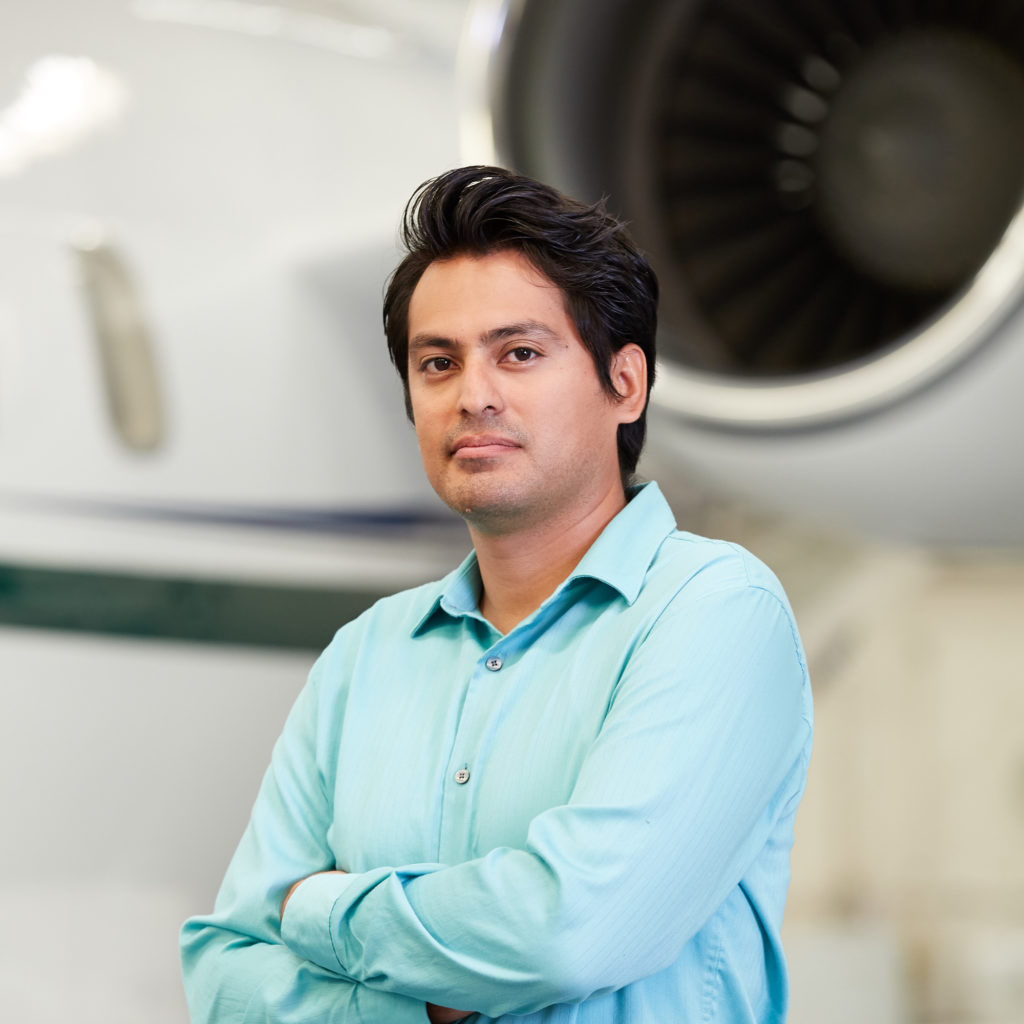 David interviewed at CAPS Aviation in July of 2013 and was called back the next day to start as soon as possible. He enjoys working on computers, whether it is repairing an old system or building a new one; "It’s a hobby I picked up when I was younger. I learned by messing around with old parts; before the time of Youtube. If something was wrong, you had to figure it out by yourself. I genuinely enjoy it." 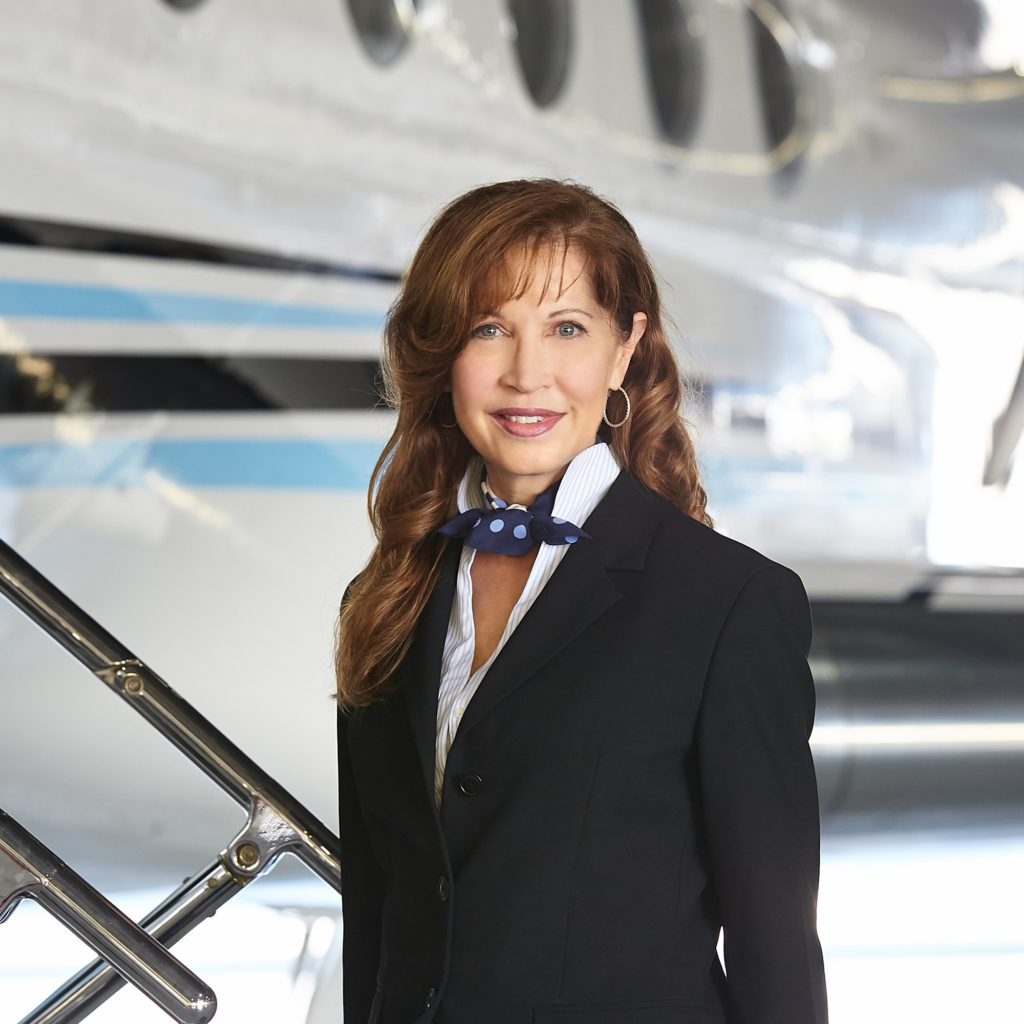 Vice President
Tabitha has been working with CAPS since April of 2015. She started as a Customer Service Representative and quickly worked her way into a top tiered managerial role here at CAPS! When you see Tabitha, you surely will also see one of her four Samoyed dogs by her side. They are our unofficial mascots in the office when they are not winning awards at dogs shows on the weekends! 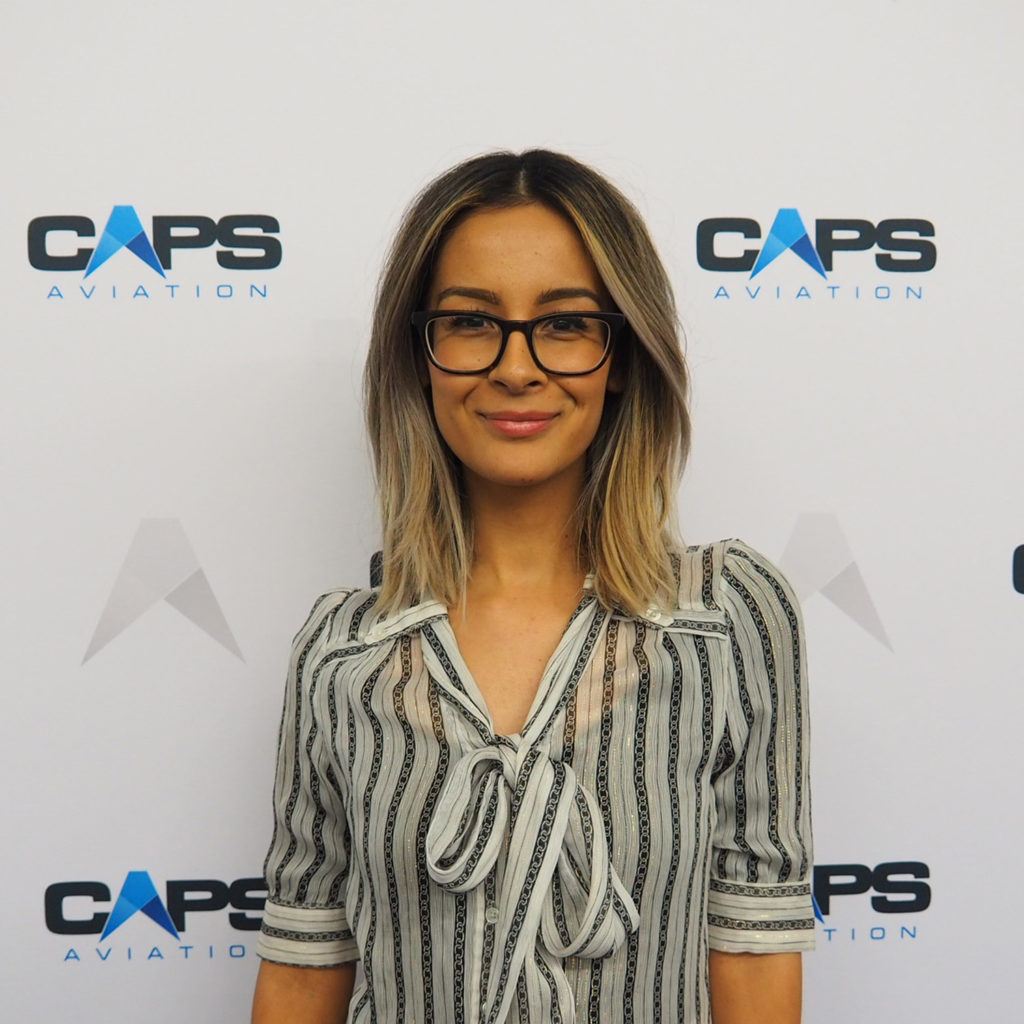 Customer Service Administrator
Monique has been working with CAPS Aviation since May 2018. Her strong background in customer service made her the perfect addition to our sales team. Monique has a passion for helping others, and regularly volunteers with multiple different local charities. During her free time, she loves to take road trips and has even taken 38 trips in one year.