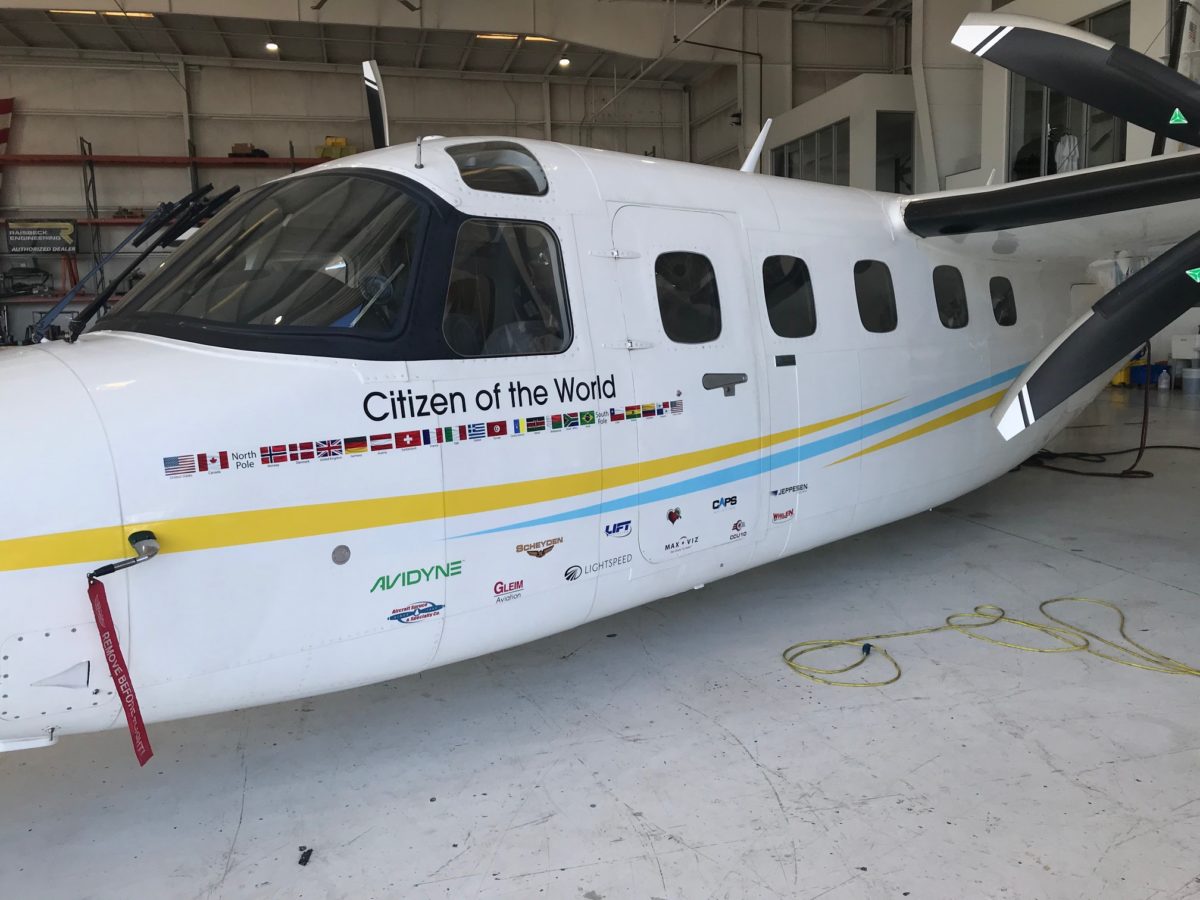 CAPS Aviation is proud to announce our sponsorship of Robert DeLaurentis’ 2018 Pole to Pole Flight. Known as the “Zen Pilot”, DeLaurentis is a noted speaker and author with over 1,100 flight hours as a private pilot. His books, “Zen Pilot: Flight of Passion and the Journey Within,” and “Flying Thru Life: How to Grow Your Business and Relationships with Applied Spirituality” have inspired private pilots, adventure seekers, and entrepreneurs to transform their fear and limitations into action and results.

The 2018 Pole to Pole Flight, scheduled for December 2018 through March 2019, is an epic South Pole to North Pole adventure, supporting important causes such as STEM education for children, aviation safety, and technology – all intended to encourage, inspire, and promote confidence. DeLaurentis hopes to show the world that impossibly big dreams can be achieved, and that we are all connected across our planet. The flight also aims to raise money for the AOPA Scholarship Fund, which provides opportunities for passionate aviators in the general aviation field.

In preparation for the flight, CAPS Aviation worked with the flight team to provide crucial emergency preparedness training and equipment. In addition to donating a life raft, kit, and smoke hood, CAPS Aviation educators also provided first aid, CPR, AED, survival, and crewmember emergency training at our state of the art education facility.

The flight will depart from San Diego Lindbergh Field Airport in early December, will travel south through South America, cross over the South Pole on January 1, 2019, continue North through Africa and Europe, before finally passing over the North Pole. The last leg of the journey will bring them back through the United States, where they will land again in San Diego. The trip will total nearly 26,000 nautical miles, and include 20+ countries.

To make this trip possible, the flight team has made a number of technological modifications to their Turbo Commander 900 plane including the addition of long range fuel tanks to more than double the aircraft’s range to 5,000 nautical miles (the same distance as flying from San Francisco to Hawaii and back!), custom propellers to improve climbing speed, and reduce vibration and noise, upgraded Reduced Vertical Separation Minima equipment so the plane can fly 7,000 feet higher than was it originally designed for, high frequency radios for communication with air traffic controls over 2,000 nautical miles away, and more.

The team is also working with a group of scientists and students from the University of California, Santa Barbara, to carry 7.5 billing “C-Elegans” (organisms that have the ability to withstand radiation and extreme heat), in an experiment that mirrors a NASA space experiment. This experiment will continuously transmit data via a small satellite communication interface back to the team in the US.